What do we see when we look upon the Christ? Do we reckon that we put Him there? This was the only possible antidote for the deadly virus of human sin and rebellion against God. Do we see Him as Savior and Lord, or, like the soldiers, does our gaze pass by with numbness that refuses to feel the weight of His agony for us?

The blind men who were given their sight understood completely. They were part of the Jesus experience. People today have those same experiences but the unbelievers cannot see Jesus at work. They refuse to acknowledge someone they cannot see or touch.

Some say the blind man is the one who cannot see, but I suggest it is the ones with sight who deny Jesus because they refuse to believe, confess they are sinners and repent from their sin. After all, that would mean being transparent and showing weakness. Something most people are afraid to admit and do.

As a little girl I was fascinated with binoculars. We would take them with us fishing, camping or just out for a drive. I still enjoy looking through them when I get a glance of something I cannot see with my own eyes.

But then I got to thinking about how the focus works. We automatically adjust our own eyes to see things more clearly. The binoculars have an adjustment on them that allows us to dial in the focus. I wish we had a dial to adjust our focus when our lives feel skewed and out of control.

My marriage ended after 26 years. I found myself questioning decisions I had made, regretting some and wondering what it was all for if only to be lost. I had planned to retire early to enjoy my family. Travel a bit with the hubby, spoil the grandchildren and just enjoy the opportunity to grow old together. The old couple rocking on the front porch image comes to mind when I think about what I thought we were looking forward to.

But God had a better plan.

At first I focused on what I lost. I know that is normal but it wan’t setting well with me to think I had wasted 26 years in a marriage that defyed everything God said love should be. I have two wonderful grown children who have good Christian spouses and wonderful children of their own. So what was I doing wrong? No matter what I did nothing seemed to be helping me regain my composure and sense of purpose.

Our preacher has been teaching from Genesis for several weeks and we came across scripture where Moses asked God to kill him because he couldn’t deal with the complaining Israelites any longer. I started to wonder about other people in scripture who had loss in their lives and how they overcame their loss. Job, David, and Paul are just a few others who endured such losses. Yet they questioned, they regretted but they never gave up.

They all have one thing in common…they focused on God to restore them. We all have choices and the ability to make attitude adjustments. Our focus falls into this as well. We decide what is important, what is relevent and what is valuable. Matthew 6:21 tells us that “For where your treasure is, there your heart will be also.”

So I adjusted the focus dial on my binoculars, so to speak, and began focusing on God instead of what was lost. I stopped worrying about a past I cannot change. I don’t bother questioning and regretting those past decisions. I started looking at life like a puzzle full of tiny pieces that all fit together somehow even when I don’t always see the complete picture. Either way, God’s got this, all of this.

They say you don’t really meet people until you experience them on public transportation. I had the exhausting pleasure of seeing and meeting a few characters last week. Exhausting because it was an 18 hour trip. A pleasure because I enjoy watching people interact and imagining what makes them tick.

It never fails that I run into a woman who has at least two children and no idea how to split herself down the middle. I could tell after watching the older child, who looked to be maybe eight, do things mom should have been doing but was on her phone instead. The little one was toddling around with the sibling chasing her. There was no real discipline anywhere.

Then there was the lady I sat next to. She was a sweet older lady with grown children and grandkids. She was going to rescue her daughter and her child because the live-in boyfriend ran out on them. She was hoping to convince her daughter to move back to Florida so at least when history repeats itself, she won’t be 600 miles away.

There were several men and women who apparently ride that leg often because they talked like they knew each other. They updated the others on current events in their lives and spoke about previous trips together.

The people who have never ridden the train before stick out like a sore thumb. They ask lots of questions and don’t know how the seats work. Admittedly though, it did take me several trips to figure out the knee supports.

Then there is the crew. Some are very helpful and you can tell they love their job and interacting with the public. Others, not so much. They rarely smile, don’t offer to help and have an attitude about the customers.

The interesting ones are the ladies who hang out in the restroom at the stations. They pretty much take sink baths, do their hair, wash and dry some of their clothes and wander around never sitting still.

I try to imagine these people being at their jobs or homes or other places besides on the train and for some reason I can’t seem to do it. Outside of the train or station they seem dysfunctional to me. I’m sure they have normal lives like everyone else but I can’t seem to complete that picture.

Besides who can define normal. I wonder if my normal is anything like their normal. Do they wake up and make oatmeal for breakfast or do they even eat breakfast? And do they have a loving family to come home to after a hard days work? Or do they go home to an empty house?

I know that God has a plan for everyone and everyone in some form and at some time or another impacts that intricate plan that God has.

Its times like that that makes me glad that God is at work among us. Because, I got to tell you, the bad guys look like they’re winning. I know He will have the last word but I see so much garbage on a daily basis, whether on the news or in person, that breaks my heart. I know it’s breaking God’s.

I was reading my morning devotion and the scripture verse was Exodus 34:14 “for you shall worship no other god, for the Lord, whose name is Jealous, is a jealous God“. It went on to talk about how Paul explained to the church in Corinth that he was jealous for them with a godly jealously in 2 Corinthians 11:2 (“For I am jealous for you with godly jealousy.”). And more scripture that tells us we are created in God’s image (Genesis 1:27, “So God created man in His own image; in the image of God He created him”). If jealousy is in His image then how can it be a bad thing? So I started to wonder about this jealously Paul (and others) was speaking of since, in my understanding of the word, ranks up there with envy.

To make matters worse, envy is defined as “the desire to have for oneself something possessed by another, covetousness”. OK, so now, we’ve added yet another word to this issue that is clearly talked about in scripture under the heading of “Thou shalt not”.

But never fear, my trusty dictionary will clear this up. I dug around in the “jealous” department and discovered that it isn’t actually similar to envy although we sometimes use the different words and meanings interchangeably. Way down in the definition of jealous I found that it also means “solicitous or vigilant in maintaining or guarding something” and ” intolerant of unfaithfulness or rivalry”. Phew!

Now we’re getting somewhere. But as I pondered my own “jealously” issues for Christ, it brought up questions. Could all those people standing around preaching and yelling (“repent and be saved” or “Jesus is coming, get right with God or die”) and a variety of others, actually be reacting to this world out of Godly jealously? We tend to think they are a little nuts, ignore them and continue on about our day but what if it is real honest Godly jealously? What if they have it right and we are just uncomfortable with their delivery? What if, instead of ignoring them and walking briskly away, we shaked their hand and acknowledged our new understanding of their mission? 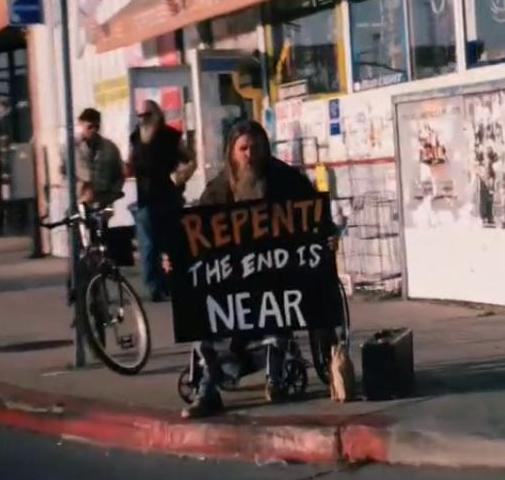 I don’t know if this will help me when I get passionately defensive of Christ or if it will fuel my patience and love of those who choose not to follow Him. But at least now I have a new found understanding and tolerance for those who choose to shout it in the streets.

This ending wasn’t anything I had envisioned for this post when I started it. I paused a lot and prayed a lot over it so hopefully it is what God directed me to write.

My dad was working a puzzle today and asked me if  g-u-i-l-t-y was the correct spelling for the word “guilty”. For the first time that word hit me like it never has before. I was slightly stunned as I sat there and pondered what it felt like to be pronounced guilty of something. Yes we are all guilty of lying but hopefully grow out of that as maturity sets in. And I’m sure everyone has gone home with a pen from work in their pocket from time to time. So what was it today about this word.

It felt as though I had just been given a moment to physically feel what being guilty really feels like. That shock when you think your life is about to change forever. Just a brief amount of time that couldn’t have been more than several seconds but felt longer. I am guilty, me, I did it. For that moment I felt guilty. I felt condemned. We talk about that and explain it as we spread the Gospel but this was the first time I had ever physically felt my guilt.

But God wasn’t done with me yet…

Before I could feel bad about that guilt, God replaced it with feelings of redemption, forgiveness and grace. I love it when God gives me small glimpses into His heart.